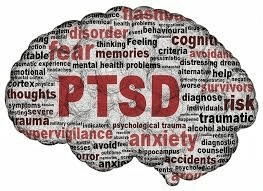 When Governor Cuomo marked his 2017 Veteran’s Day speech by announcing that PTSD would be added to the qualifying list of conditions for medical marijuana in New York, many current and former members of armed forces greeted the news with considerable enthusiasm. It was a sign that state legislators were finally willing to take measures to help individuals deal with this often-stigmatized and widely misunderstood mental illness. For medical marijuana supporters in the healthcare community, the announcement came as a belated acknowledgement of the drug’s potential efficacy in dealing with several symptoms of the disorder.

But what makes PTSD such a difficult illness to live with on a daily basis?

UNDERSTANDING PTSD
An estimated 24.4 million Americans experience symptoms of PTSD at some point. This figure includes 10-30{4987cbd0f1f2865cb2bafb126986dce6dd2988a0c43aa47e1f31c6089a1ab5da} of combat veterans from armed conflicts dating as far back as Vietnam, as well as professional emergency service workers (police, firefighters, EMTs), victims of abuse, other individuals who have been involved in life-threatening or traumatic events.

PTSD can give rise to a range of feelings and emotions that link back to these events. Sufferers may experience intense flashbacks or nightmares in which they feel as if they are reliving the trauma, these instances can occur at random or they can be triggered by external factors. Individuals with PTSD might also display erratic behavior, volatile moods, and feelings of shame, guilt or anxiety. While symptoms of PTSD generally show up within a month of the trauma, they can sometimes lay dormant for months or even years. PTSD is also notorious difficult to predict, while symptoms can sometimes persist for long stretches of time they can also disappear just as easily only to resurface at a later date.

· Avoidant behavior where sufferers attempt to repress memories of the incident. They might also avoid friends and family members in an attempt to stop thinking or talking about the incident.

· Negative feelings which generally lead to a distorted self-perception. Individuals can vacillate between feelings of fear, horror, disgust, anxiety, depression, insomnia and shame. They may also feel increasingly detached from their normal life.

If these symptoms persist for longer than a month at a time, then an individual is usually diagnosed with PTSD.

PTSD TREATMENT
Modern PTSD treatments center on a two-pronged strategy that integrates psychotherapy with medications. Therapeutic options include cognitive behavioral therapy (CBT), prolonged exposure therapy (PE), and eye movement desensitization and reprocessing (EMDR) which involves recounting memories of the PTSD incident as the patient is exposed to rapid visual and auditory cues. Commonly prescribed medications include SSRIs and SNRIs which are also used for treating anxiety and depression.

MEDICAL MARIJUANA IN PTSD TREATMENT
In 2013 a team of US and Canadian researchers conducted a study of 46 9/11 survivors, in an effort to understand the neurobiological mechanisms that underscored the reaction to traumatic events. Of these study participants 24 indicated that they suffered from symptoms of PTSD.

The researchers found that people with PTSD had lower levels of certain cannabinoid compound in their brain, when compared to those who display symptoms of PTSD. The researchers posited that this deficiency affected the functionality of individuals’ CB-1 receptors, which were responsible for regulating stress and fear responses as well as emotional learning. While a functional CB-1 receptor was able to erase traumatic memories, an impaired CB-1 receptor was unable to effectively process these memories.

Cannabinoids are one of the primary active ingredients in cannabis, and medical researchers believe that controlled doses of the drug combined with leading therapy techniques like CBT and EMDR could be used to restore functionality to the CB-1 receptor. This would allow individuals to minimize expressions of fear and related anxieties while reducing the consolidation of traumatic memories in the form of phobias.

A multi-million dollar FDA study into the effectiveness of medical marijuana for PTSD treatment in military veterans has just reached phase 2. The study will involve a series of clinical trials in which subjects’ PTSD symptoms are tested against various metrics to gauge how marijuana might be effecting their reactions. Testing will include:

· Measurements of vital health statistics including sleep and blood pressure.

Ultimately, studies like these should give us a far broader perspective of how marijuana interacts with our brains to help manage and control the symptoms of PTSD.