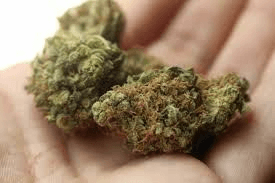 Although Cannabis has proven to be extremely useful for humans during the last couple of years, it is still under the microscope of researchers, physicians, patients, and society in general. Stakeholders are greatly involved in research related to medical marijuana and want to know as much as they can about this growing industry.

While Cannabis has been under study for religious, medical, and recreational purposes since the last 5,000 years, it was only until 1964 that scientists Yechiel Goani and Raphael Mechoulam discovered the cannabinoid THC. The discovery of THC led to the discovery of other cannabinoids including CBD and endocannabinoids.

After information about the presence of THC in Cannabis became common knowledge, scientists started researching on it and on the usefulness of the plant. THC is one of the major psychoactive components of the cannabis plant. In short, it is the cannabinoid that is responsible for generating that euphoric high after you consume the plant and the herb for whatever purpose. Like many of the cannabinoids present with the plant, THC has the ability to communicate with our system to produce numerous results. THC can activate CB1 receptors present within our central nervous system to induce the unique effect that is associated with it.

The potential that THC holds in the field of medicine has been wrapped up due to the many social stigmas and political red tape tied to it. The society in general believes that cannabis as a plant and THC as a cannabinoid can be particularly harmful and may host potential dangers in the future. However, the perception is rapidly changing as both cannabis and THC have benefitted from improved acceptability in the market now.

Cannabis and THC have traditionally been ingested in the body by smoking dried herb; however, as patients of medical cannabis would agree, there are numerous other methods of consumption now. These methods are safer and more beneficial to your health than inhaling smoke or even tinctures.

THC usually works in tandem with other cannabinoids present within cannabis to create what is known as the entourage effect. All Cannabinoids, like THC and CBD, and aromatic terpenes work together to help patients succeed in their passage towards recovery. The combination of these cannabionoids and terpenes is what makes the entourage effect and the healing effect associated with cannabis amazing.

The therapeutic effects of THC in general are extremely diverse in nature. These effects can be both short term and long term based on numerous factors—the dose, potency, and condition of the individual.

Some of the therapeutic effects of THC are:

THC with its therapeutic effects can be extremely helpful in healing whatever condition you are suffering from. Not only this, but the cannabinoid also assists the recovery process through its presence in the entourage effect.