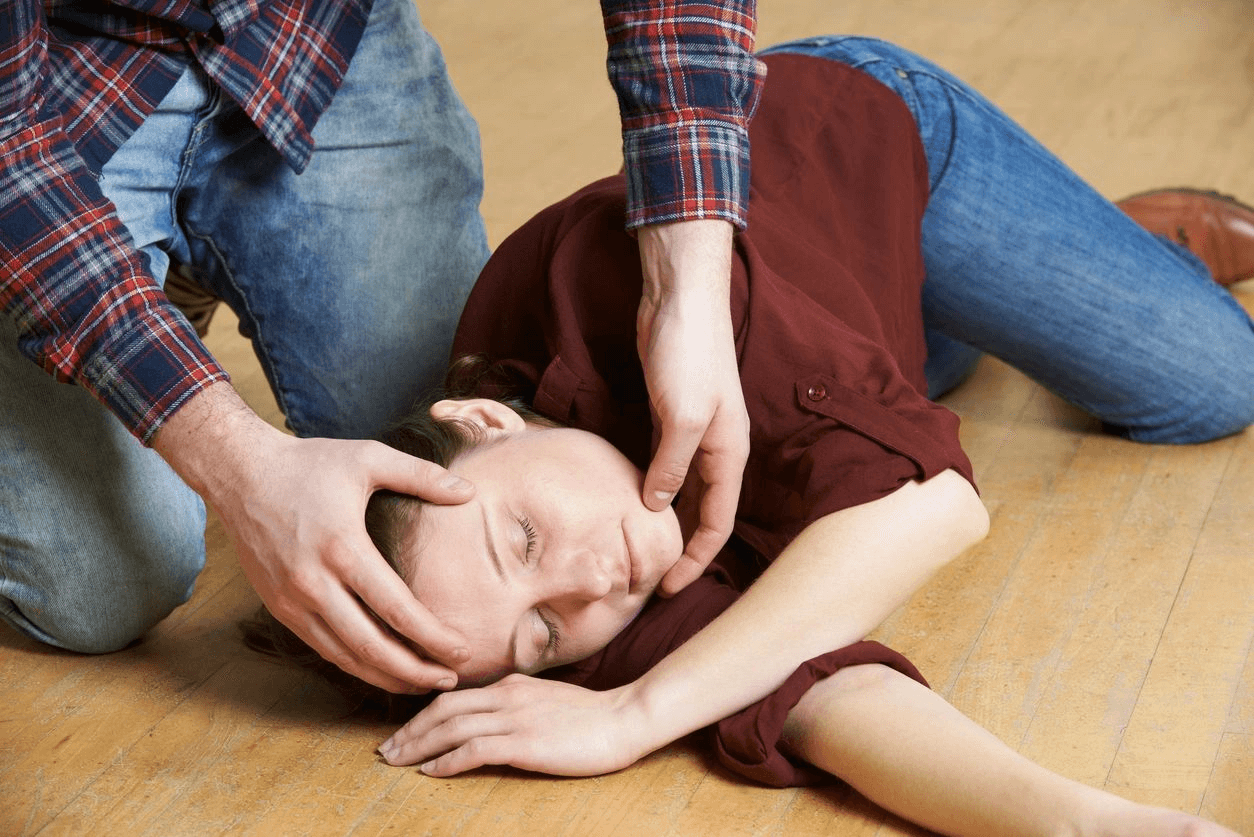 Every year, at least 150,000 Americans are diagnosed with epilepsy, making it the fourth most common neurological condition in the country behind strokes, migraines and Alzheimer’s disease. Yet, many researchers think that the incidents of the disorder are woefully underreported. According to recent CDC reports, a worryingly large number of epileptics deal with the reality of daily seizures without seeking any kind of formal treatment. The truth is that despite massive medical advancements over the past decades, epilepsy remains an overlooked and widely misunderstood condition that still carries a fair share of stigma.

WHAT IS EPILEPSY?
Every action you take is initiated by the nervous system. This is a sophisticated network of nerves and cells that connect your brain, spine and sensory organs. Together, this network dictates how you process information and react to external stimuli. Messages are transmitted through your nervous system via small nerve cells called neurons; the average brain contains about 86 billion of these cells. Whenever you have a thought or perform a movement, electrical signals are being triggered in these neurons to create that action.

Seizures occur when your brain becomes overloaded with unexpected electrical signals. These signals cause neurons to fire randomly across the body which results in completely unpredictable reactions ranging from lost consciousness to strange emotions and convulsions. A typical seizure may last anywhere from a couple of seconds to a few minutes at time, and is often preceded by physical warning signs.

In the 17th century it was widely believed that epilepsy was the result of demonic possession, and sufferers were often subjected to isolation and imprisonment to prevent them from spreading their symptoms. It wasn’t until the late 1800’s when technologies like the X-Ray came around, that doctors were finally able to uncover how epileptic fits were generated through misfiring electrical signals in the brain.

Even so, many people continued to assume that epileptics were somehow mentally impaired or deficient. Contrary to this belief, epilepsy has no relation to cognitive ability at all while epileptics may suffer from brain injuries or memory loss as a result of epilepsy these symptoms are not indicative of patients as a whole. For years, treatments for epilepsy remained similarly primitive with many doctors advocating solutions like trepanning or extreme dietary restrictions as a possible cure.

MODERN DAY
With the development of neuroimaging tools like the MRI and CT Scan Machine, clear progress has been seen. Today, healthcare practitioners have a far better understanding of the possible indicators for epilepsy, and how it affects neurological functions. Though the fact remains that in at least 70{11bb4006b361d00973a331e138a41906dfdc3fcf50ec4b254a2453dc301e5d10} of epilepsy cases, no cause is ever discovered. Of the cases that can be identified, most are traced back to one or more of the following issues:

A lack of oxygen during pregnancy.

A family history of epilepsy

Vascular diseases that restrict blood flow to the brain

Serious head injuries during childhood or even adulthood.

Bacterial and viral infections that spread to the brain, such as meningitis and encephalitis

Based on this newfound knowledge, healthcare providers have been able to develop a new treatment model that that incorporates at least three separate forms of epilepsy. This has led doctors to reclassify epilepsy as a number of different conditions, rather than one single disorder.

This type of epilepsy affects cells on both sides of the brain at the same time, and it can be broken down into two further categories.

The seizures generally cause patients to lose consciousness, after which the muscles become stiff and begin to convulse unpredictably. These used to be known as grand-mal seizures.

Also known as absence or petit mal seizures, these often cause patients to feel a temporary sense of “drifting off” which can result in long moments without any external reactions. They can also appear in the form of certain repetitive movements like blinking or lip smacking.

Focal seizures develop in the cells of only one part of the brain, and are also sometimes referred to as partial seizures. They can be further split in to four categories.

Occur when a patient is awake and aware across the duration of the seizure.

Occur when a patient becomes confused and disoriented during the episode, or forget their seizure altogether after it has completed.

These seizures often cause twitching and irregular spasms, and patients are generally compelled to move around when they occur.

These seizures cause marked changes in your emotions and thought processes. All of a sudden you might be hit by a sudden burst of intense anxiety, alternatively you might find yourself feeling very warm, or your heart might begin beating very quickly.

When the beginning and end of a seizure cannot be exactly established then it is an unknown onset seizure. With time and sufficient examination, these seizures may be diagnosed as either focal or generalized.

Diagnosing epilepsy is not easy, and it usually takes several tests and observations before doctors can reach a definitive conclusion. Possible diagnostic measures could include:

An electroencephalogram (EEG) is used to monitor electrical activity in the brain. Sensors are attached to your scalp, and the resulting brain patterns are examined for unusual discrepancies.

CT scans show a cross-sectional view of your brain which can be used to identify possible tumors, cysts and internal bleeding.

MRI machines are used to examine specific areas of your brain in greater detail.

Neuro-psychological tests are used to assess your speech, thinking and memory to see if they have been impaired by epilepsy.

There is a common misconception that epilepsy is no longer a pressing issue in modern medicine, and that the condition has largely become manageable due to modern medicines.

It’s true that epilepsy treatments have come a long way in recent years, with at least twice as many medications available for patients as there were just a decade ago (around a dozen). These drugs are effective in treating about 70{11bb4006b361d00973a331e138a41906dfdc3fcf50ec4b254a2453dc301e5d10} of epileptics, although they do come with some clear side effects such as:

Trouble with talking or thinking

More severe symptoms like inflammation in the liver and kidneys.

However, more recent treatments have managed to produce fewer or less intense side effects. Unfortunately, many doctors struggle to identify the right drugs to treat specific forms of epilepsy. Even if medications do work in most cases, the wrong drug will be effective in controlling your seizures. If your doctor isn’t aware of this, then you may never be able to move on to alternative treatment options. Add to this the fact that a clear 30{11bb4006b361d00973a331e138a41906dfdc3fcf50ec4b254a2453dc301e5d10} of sufferers are completely immune to anti-epilepsy medications and you can see a clear deficiency in these mainstream epileptic treatments.

For patients seeking effective alternatives, surgery is sometimes a last resort. When imaging tests are able to clearly reveal the areas of the brain which are causing the epilepsy, surgeons will sometimes attempt to remove these damaged regions altogether. A 2001 study showed that 60{11bb4006b361d00973a331e138a41906dfdc3fcf50ec4b254a2453dc301e5d10} of patients who had these temporal lobectomies experienced experience minimal seizures afterwards. It should be noted that this surgery can only be attempted if the damaged area is small and well-defined, or in cases where the patient is only just begun to experience epileptic symptoms.

CAN MEDICAL MARIJUANA BE USED TO TREAT EPILEPSY?
In 2013, a girl named Charlotte Figi started making headlines around the world. Charlotte had suffered from extremely intense multi-hour epileptic seizures since she was three months old. After several medical evaluations, doctors had found that her symptoms were caused by a rare form of epilepsy known as Dravet Syndrome. This form of epilepsy cannot be controlled by any medications on the market today. After initially managing the girl’s seizures through a heavy cocktail of barbiturates and benzodiazepines, her parents soon found that even these medications became unresponsive after a while.

Next, they switched to special diets that were intended to encourage ketone production in the body (a naturally occurring chemical that suppresses seizures). After an initial bout of success, the seizures once again returned in full force after a couple of years. With no options left to pursue Charlotte’s parents appealed to the public to find a cure for their daughter’s worsening symptoms. It was then that a family friend turned them on to the potential of medical marijuana treatments. At the time clinical trials had begun to show how effective high CBD (cannabidiol) strains of the drug were in quieting excessive neurochemical and neuroelectrical activity. Impressed by the research, the two decided to seek out the drug for their child.

After a long series of battles over procuring necessary legal certifications for medical marijuana, they finally managed to procure a batch of low THC, high CBD marijuana. The results were nothing short of astonishing. Charlotte had initially experienced at least three to four seizures per hour, was now able to go for weeks without experiencing any. After losing her ability to walk, talk and eat; Charlotte was able to regain enough motor control to learn how to ride a bike and walk herself to school.

In 2016, neurologist Orrin Devinsky published the results of a 12-week study examining the effectiveness of medical marijuana in treating 162-drug resistant epilepsy patients. Using a non-psychoactive form of the drug that was high in CBD, researchers found that medical marijuana was able to reduce motor seizures at a similar rate to existing epilepsy medications. Furthermore, 79{11bb4006b361d00973a331e138a41906dfdc3fcf50ec4b254a2453dc301e5d10} of test subjects indicated that the medical marijuana had helped to reduce adverse side effects such as diarrhea, sleepiness and fatigue.

To date, the most rigorous test of the potential benefits of medical marijuana for epilepsy was the double-blind, placebo-controlled study of the 99{4987cbd0f1f2865cb2bafb126986dce6dd2988a0c43aa47e1f31c6089a1ab5da} CBD oil-derived drug Epidolex. The study was primarily conducted to test the effectiveness of this drug in treating, treatment-resistant forms of epilepsy like the aforementioned Dravet Syndrome and Lennox-Gastaut syndrome (LGS). Of the 223 patients tested, 54{4987cbd0f1f2865cb2bafb126986dce6dd2988a0c43aa47e1f31c6089a1ab5da} showed a significant decrease in seizures. Off the back of these studies, recent reports suggest that Epidolex may well be FDA-approved for mass-market production in the second half of 2018.

ARE YOU LOOKING FOR A SAFER LESS INTENSE TREATMENT FOR EPILEPSY?

At MMR-NY we’re set up to help chronically ill patients gain access to medical marijuana in New York State, conveniently and affordably. Our qualified doctors and nurse practitioners, under the guidance of Lauraine Kanders NP, can perform a comprehensive assessment and set you on the path to gaining your medical marijuana certification in just one remote appointment, online. Contact us today, to find out more.