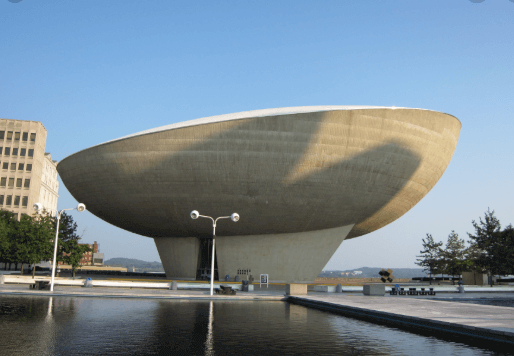 Read this to know how to get your Medical Marijuana Cards in Albany, NY. 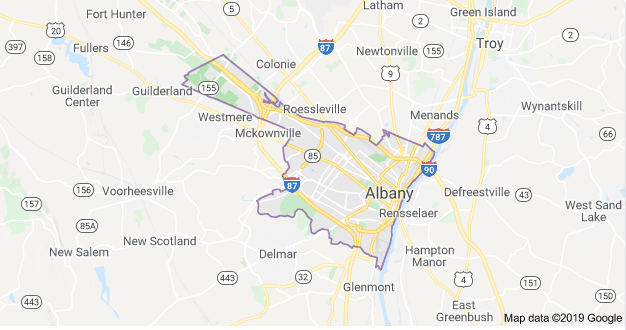 Albany is the New York and is located in Albany County. Albany is located on the west bank of the Hudson River ,  10 miles south of its confluence with the Mohawk River and approximately 135 miles north of New York City

Albany is known for its rich history, commerce, culture, architecture, and institutions of higher education. The Capital District is the third-most populous metropolitan region in the state where 1 million residents live.

The area that later became Albany was settled by Dutch colonists who, in 1614, built Fort Nassau for fur trading. In  1624, they built Fort Orange. Ultimately the  English took over the Dutch settlements, renaming the city as Albany, in honor of the then Duke of Albany.  The city was officially chartered in 1686 under English rule. It became the capital of New York in 1797.

From the late 18th century and throughout most of the 19th century, Albany was a center of trade and transportation and was home to some of the earliest railroad systems in the world. Today, visitors and locals enjoy all it has to offer. Many go to Albany to visit the New York State Capitol, a national historic landmark. Another top attraction is The Egg is a performing arts center, a part of the Empire State Plaza project located on State Street. See the picture above! And a visit to Albany would not be complete without a walk on Lark Street, a historic street located two blocks west of the Governor Nelson A. Rockefeller Empire State Plaza and one block east of Washington Park Sometimes referred to as the “Greenwich Village” of the Albany Capital area. Lark Street is home to many antique shops, art galleries, bars, coffee houses, restaurants, and shops.

Here is a fact about Albany that I bet you don’t know.  With the legalization of Medical Marijuana in New York, New Yorkers are now able to treat their severe medical condition with medical marijuana. There are  a few dispensaries in the vicinity of Albany that make this easily accessible. Lauraine Kanders, a registered medical marijuana practitioner, has an outstanding reputation in the industry and can help you to get certified for medical cannabis.  Her company, Medical Marijuana Recs NY is a premier certifying online service and will meet all of your needs as you seek to get your card.  She will review your documents at no cost and will tell you if you have a  qualifying condition. The formal consult will occur online where you will connect to the practitioner with a device of your choice through a secure HIPAA compliant video chat platform. You will discover how to improve your well being using medical cannabis because these practitioners place a strong emphasis on education during the consultation. No need to take a subway and waste half a day. Enjoy staying home to get certified in a matter of minutes!

Migraines, cluster headaches, and chronic headaches are common types of chronic pain more Americans are having to live with. The question being asked is “Can medical marijuana be a suitable substitute for existing treatment of migraine?”

Migraines can be quite debilitating because the pain, which can last for days, can be relentless. This often makes the patient hyper-sensitive to even light and sound. This is the biggest reason why migraine patients look for better and effective relief from their symptoms.

One treatment migraine afflicted Americans are turning to is medical marijuana. If you’re wondering about marijuana and relief for your migraines, you might ask what evidence shows medical marijuana may be able to help. The answer may actually surprise you.

The use of medical marijuana for the treatment of headaches is documented from at least the 1800s. Many prominent physicians of that era advocated it as effective for both relief and preventative treatment. In the early 20th century, both British and American pharmacists used to dispense marijuana for headache. You will be surprised that one article from 1887 advocated using marijuana twice daily for what it called “chronic daily headaches” (a.k.a. chronic migraines).

In fact, in 1938, a comprehensive review was published, which argued against the illegalization of marijuana citing medicinal reasons! It cited 12 sources suggesting medical marijuana was an effective treatment for headaches.

More recent modern research attempts to shed light on why medical cannabis could be an effective treatment for migraines and headaches. There have been some surprising indications, including the idea that certain types of migraines could actually result from an endocannabinoid deficiency. The endocannabinoid system is a naturally occurring system in the human body. The body naturally produces cannabinoid-like substances during its processes. This is why cannabinoids found in cannabis or marijuana act on this system to produce their effects.

Some preliminary studies have suggested a class of migraines may have multiple and significant relationships to the body’s endocannabinoid function. For example, the compound called Anandamide (AEA) acts on at least two receptors in the endocannabinoid system. This indicates there may be a therapeutic effect for cannabis in the treatment and prevention of migraines. Other studies suggest reduced levels of AEA in certain areas of the brain could reflect an impairment of the endocannabinoid system in migraine and chronic headache patients. This could explain both the therapeutic effect of marijuana based cannabinoids as well as why migraine attacks and pain happens. The find in these tests is cannabinoid receptor 1 which could play a role in managing migraines.

Despite the promising results of these early studies, further clinical research is being conducted to verify the effects of medical marijuana in both the treatment and prevention of migraines. Here is a recent study that had 121 adult participants who complained of migraines. They used migraine medications along with several forms of medical marijuana, including an edible and an inhaled form. Of this group of participants, 19.8% experienced a decrease in migraine frequency, 11.6% experienced improvement of acute migraine attacks, and 11.6% experienced side effects. The most common side effect reported was tiredness.

While the research evidence thus far is positive, you should keep in mind the vast majority of the clinical evidence so far is case-based or laboratory-based research. What does this mean? It means the studies, so far, rely on self-reporting from people already treating themselves with cannabis for their headaches. Systematic clinical trials, with large samples and randomized control groups, are needed to further investigate these early findings.

Medical marijuana is one hopeful option for patients managing chronic migraines. Although the evidence isn’t yet trialled as a scheduled drug by Pharma companies, there is reason to think that medical marijuana could one day play a role in creating more effective treatments for migraine sufferers. This is could be more so true for headaches and migraine disorders linked to the endocannabinoid system.

At Medical Marijuana Recs NY, we provide our visitors with online video consultations to become certified for Medical Marijuana in New York State. We have helped many with migraines to achieve the relief and can help you, too! Our group of NPs and doctors will get you certified with this condition and many others. Click here to see if you qualify!

We service all parts of Albany! Whether you are from Saratoga Springs, Voorheesville, Westmere, Menands, Country Knolls, Schenectady, Halfmoon or anywhere else…we are here for you, online!

Our video chat conference allows you to connect with our medical cannabis specialists from your home on your device at your convenience.

New Yorkers, we have helped countless patients and would love to help you too! Partner with Medical Marijuana Recs NY and book an appointment today.

“Our mission is to improve the quality of life for patients in New York State by providing access to the highest quality, pharmaceutical-grade medical marijuana treatments available.”

“Our mission is to provide patients suffering from debilitating and life-threatening illnesses with compassionate service and access to high-quality medical marijuana from trained medical professionals.”