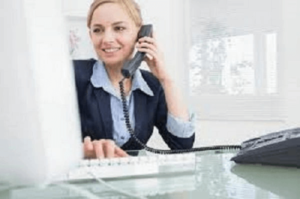 With widespread legalization across the United States, medical marijuana is a new territory for many employers and HR personnel. The rapid and significant changes made to the traditional legal status of the magic herb have raised numerous questions over the suitability of the medication for employers. How do employers now set regulations for medical marijuana use at the workplace? Do they treat it the same way as an occasional smoke or is there a need for stricter regulations? In the face of all of this, we have compiled a list of basic things that employers should know. Scroll down to find out what research studies have to say about this.

While Marijuana is being legally permitted for recreational use across its borders, New York State has had a disciplinary stance on its consumption. It only allows people with certifications to get the required dosage of the drug. However, these regulations may not stick for long as the state council is holding numerous sessions to hear the benefits that proper legalization could bring to the market.

Can Employees be Impaired at Work?

No, even with recreational usage, employers have the right to prohibit the use of non-medical marijuana at the workplace. The regulations would be set in much the same way as they are with alcohol. Employers may prohibit the use of marijuana-related products during office hours in particular to maintain a companywide culture. These rules would relate to the non-medical use of marijuana and can be enforced by all employers.

Employers, however, will have the duty to accommodate the use of medical marijuana by people suffering from chronic pain or any other condition that requires the use of MMJ. These employees will be accommodated in the same way as those employees who take prescribed drugs to treat medical conditions.

PUBLISHED STUDIES ON LEGALIZATION OF MARIJUANA AT WORKPLACE

From what we have found, there are no major published studies relating to the impact of recreational marijuana usage in the workplace and employee performance. The only data available in this regard is from the annual report of a private drug-testing company based in the United States. The study has found that the rate of positive cannabis tests results through urine samples have drastically increased more in states that have worked on the legalization of recreational use. However, since these results are based on the number of tests conducted rather than the number of workers, we cannot tell whether this points towards an increased use of cannabis within the workplace.

Several research studies have also studied the impact of recreational marijuana usage on workplace outcomes, such as absenteeism and injuries. Many of these studies have found an association between the use of marijuana in the workplace and reduced productivity, work absenteeism rates, disciplinary measures, job turnovers, interpersonal conflicts, accidents and injuries and unemployment. However, the resulting data from many of these studies is quite inconsistent and inconclusive.

From what we do know, employers have a duty to accommodate the use of medical marijuana for employees suffering from major disabilities or chronic conditions. Considering getting an MMJ certificate from Lauraine Kanders, ANP, ACNP-BC and her company Medical Marijuana Recs New York to start your journey towards rehabilitation.

Lauraine Kanders, ANP, ACNP-BC is an adult and acute care board certified nurse practitioner with over 25 years of experience. Her inspiration for this business came about while working with her house call patients. Kanders founded a telemedicine (online) service for patients in NYS who suffer from approved chronic debilitating and severe conditions like: Opioid Replacement, Opioid Dependence, Chronic Pain, Cancer, Parkinson’s, Huntington’s, HIV/AIDS, Spinal Cord disorders with spasticity, PTSD, ALS and MS. She provides recommendations for certification and follow up of medical marijuana in the entire state via secure video-conferencing.