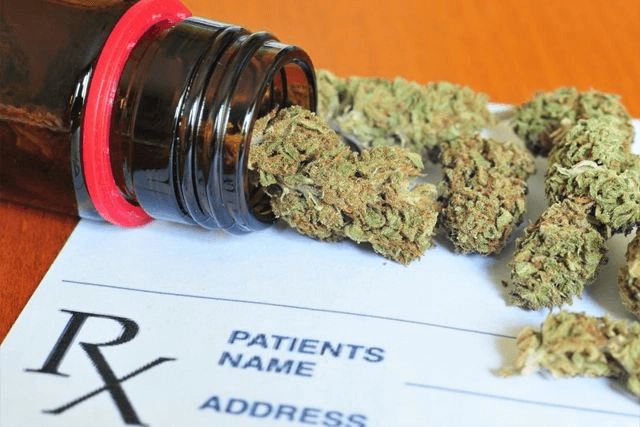 WHAT IS HIV?
HIV stands for human immunodeficiency virus, it is a disease that infects certain immune cells within the body (mainly CD4 and T-helper cells). Once the virus has entered your body it replicates quickly, causing your immune system to grow progressively weaker. This makes you more susceptible to health infections and other transmissible diseases, while also limiting your body’s ability to fight off these illnesses.

Left untreated, HIV becomes AIDS (acquired immunodeficiency syndrome). Unlike HIV, AIDS cannot be effectively treated. This disease makes infected individuals extremely vulnerable to a range of common and uncommon infections. Even something as simple as a cold can wreak havoc on your body in this weakened state.

A BRIEF HISTORY OF HIV TREATMENTS
HIV treatments have come a long way over the past 40 years. So far in fact, that it’s difficult to remember back to when an HIV-positive diagnosis was considered to be little better than a death sentence.

Rise of an Epidemic
When the AIDS epidemic first hit North America back in early 1981, medical practitioners had few solutions for this highly contagious new disease that had already racked up hundreds of fatalities amongst gay communities in California and New York. Indeed, it wasn’t until 1983 that French scientists actually identified the mechanism through which the HIV virus was transmitted in bodily fluids like blood and semen during sexual contact and other person-to-person interactions. Despite the growing body of research surrounding HIV, effective treatments were slow to come. So far, the disease had largely only affected minority groups that were easily ignored by broader society, as a result government funding fell far short of requirements.

EARLY TREATMENTS
However, once AIDS began to infiltrate mainstream communities the government could not afford to neglect the epidemic longer. Spurred on by activists across the world, billions of dollars of investment began to flood into research for HIV treatments. Over the ensuing decade, pharmaceutical companies and scientists worked around the clock to find some way to combat the rapid spread of the HIV virus. As the number of HIV infections grew into the millions worldwide, treatment after treatment failed to show effective results.

Early trials conducted with a class of antiretroviral (ART) drugs known as nukes, proved toxic at initial doses and only partially effective in lower amounts. Over the early 90’s other drugs were developed to halt the replication of HIV in the immune cells or to prevent infection altogether, but these single drug treatments produced far from consistent effects.

ART
But in 1996, a breakthrough occurred. Recognizing, that the quickly replicating virus was able to build up a resistance to specific ART medications very quickly, scientists decided to bring together some of these ART therapies in the form of one combination drug. This new drug could effectively suffocate HIV virus and prevent it from developing a resistance to any one class of treatment. By the following year this new class of drugs called highly active antiretroviral therapy (HAART) abbreviated to just ART today, had become the standard form of care for HIV-infected individuals in North America.

Today, these treatments have been perfected to the point that it can reduce HIV to nearly undetectable levels in the human body. For infected individuals, the message is clear. Get on ART as soon as possible, and you can turn this once-deadly disease into a manageable chronic condition. ART will also drastically reduce your chances of passing on the virus to loved ones. With a consistent ART routine in place, patients can expect to live well into old age.

ART IS NOT A CURE
While a daily dose of ART can stop HIV from replicating any further, it will not affect cells that are already infected by the virus. If patients skip treatments, then virus levels in the blood can easily spike again. Ultimately, abandoning treatment will mean that the virus simply picks up where it left off initially.

It’s undeniable that modern drugs help infected individuals live longer, healthier lives, but these benefits do come with some clear side effects as well. Depending on the drug, individuals should be prepared for a variety of short/long-term effects such as:

In the long-term patients may experience some of the following issues due to side effects from their treatment, as well as the impact of existing HIV cells within the body.

· Damage to the liver.

· High blood sugar levels are common amongst HIV patients, and this can lead to diabetes or insulin resistance.

· Lipodystrophy is a common side effect in HIV patients. The condition involves clear changes in how fat is stored and used throughout the body. This may cause you to accumulate more fat in certain areas, or to lose fat in other places.

MEDICAL MARIJUANA AND AIDS WASTING SYNDROME
At the height of the AIDS epidemic one of the most common causes of death was an illness known as cachexia or wasting syndrome. Defined as the loss of more than 10{4987cbd0f1f2865cb2bafb126986dce6dd2988a0c43aa47e1f31c6089a1ab5da} of your base body mass, this condition was brought on by a variety of AIDS-related factors including: oral thrush, chronic diarrhea, vomiting, nausea, irregular metabolism, suppressed appetite, and an overactive immune system. Together, these symptoms meant that patients had to eat twice as much to maintain their regular bodyweight, even as it became increasingly difficult to do so. Unfortunately, these issues were only exasperated by early ART treatments that were available at the time.

With few alternatives and scarce medical guidance, patients were forced to find their own methods of resolving the symptoms of wasting syndrome. For many, marijuana proved to be the answer. Over time, a substantial number of patients began to turn towards the drug, to relive the gastrointestinal problems that made it so difficult to gain and sustain weight. As accounts began to roll in about the impact of marijuana usage on reigniting hunger and appetite, medical researchers began to look into the effects of cannabis in patients.

However, due the reclassification of marijuana as a Schedule 1 drug attempts to study the potential benefits of the treatment were stymied at every turn. Despite the pushback activists were able to secure FDA approval for a pill containing synthetic THC (made from sesame oil), marketed as Marinol. While this treatment did display clear antiemetic (anti-nausea/vomiting) properties it was still far less effective than the actual plant itself which produced a more sustained, consistent effect. Over the ensuing years, study after study has confirmed that both smoked and ingested forms of THC can create significant improvement in appetite, decrease nausea, increase body weight and encourage more caloric intake in HIV-positive individuals.

MEDICAL MARIJUANA AND HIV-RELATED PAIN
Chronic pain is one of the most commonly reported symptoms for people living with HIV. Recent studies show that anywhere from 54{4987cbd0f1f2865cb2bafb126986dce6dd2988a0c43aa47e1f31c6089a1ab5da} to 83{4987cbd0f1f2865cb2bafb126986dce6dd2988a0c43aa47e1f31c6089a1ab5da} of HIV-positive individuals experience this issue on an ongoing basis, with symptoms reported as being moderate to severe in intensity. Despite the introduction of successful ART treatments, the prevalence rate for these reports has not fallen over the past 30 years which shows there is a clear need in the market for effective chronic pain remedies.

In 2008, neurologist Robert J. Ellis carried out a small study examining the possible pain relieving benefits of medical marijuana in HIV-positive patients. He brought together a group of participants who had previously failed to find adequate relief through existing medical therapies such as opioids and analgesics, participants also had no prior history of cannabis use. Half of these patients were then given cannabis cigarettes over a week, while the other patients were given normal cigarettes. After the week was over, the cigarettes were switched to equalize effects across both groups. The findings conclusively showed that cannabis cigarettes were producing pain relief that was far in advance of a placebo.

Currently, 30 States including New York have approved medical marijuana for the treatment of chronic pain. Experts recommend that patients seek out marijuana treatments that are high in myrcene in order to avail the optimum pain relief. Myrcene is most often found in CBD heavy strains of marijuana.

PERIPHERAL NEUROPATHY
About 1/3 of HIV-positive individuals suffer from some form of peripheral neuropathic damage. This can either be caused by the effects of the virus itself, or as a side effect from ART. Neuropathy can affect one or multiple nerves across the body. When nerve fibers are damaged they will often misfire, sending incorrect signals to the body’s pain receptors. In patients these misfiring signals can manifest in many different forms such as:

· Prickling or tingling in the extremities

· Numbness in the toes or soles of the feet.

Studies conducted in 2013 and 2015, showed that medical marijuana can be effective in reducing pain at lowered dosages when compared to conventional treatments for peripheral neuropathy. They also found that cannabis offers a promising alternative for cancer-related neuropathy and related chronic pain.

Again, CBD-heavy treatments are generally recommended for neuropathic pain as these drugs are non-psychoactive and they will not affect your functionality over the course of the day. Meanwhile, THC-heavy strains produce full-body highs that can be effective in their own right but these treatments are often associated with side effects like sedation and immobility which can somewhat negate their benefits.

A double-blind study conducted in 2007 found that HIV-positive marijuana users experienced comparable increases in food intake and enhanced mood without any associated disruptions in their fine motor functions or cognitive performance. The drug was also found to improve sleep ratings, acting as an effective counter to some forms of insomnia. A review of medical research conducted in the same year, found that many HIV-positive patients already self-medicate with medical marijuana in order to increase appetite and improve their overall well-being. This review also suggested that marijuana usage could be correlated to stricter adherence of ART regimens.

Cannabis has long been known to create euphoric, uplifting feelings amongst users. This is largely the effect of the chemical Limonene produced in the flower resin glands of the cannabis plant. Meanwhile CBD has been acknowledged for its calming and anxiety relieving properties. In concert, these two elements can work to temporarily alleviate many of the psychological symptoms of serious illnesses such as HIV.

GET RELIEF FROM HIV-RELATED SYMPTOMS WITH LEGAL MARIJUANA IN NEW YORK
At MMR-NY we’re set up to help chronically ill patients gain access to medical marijuana in New York, conveniently and affordably. Our qualified practitioners, under the guidance of Lauraine Kanders NP, can perform a comprehensive assessment and set you on the path to gaining your medical marijuana certificate typically on the same day. Send your documents for a free review. Schedule now!