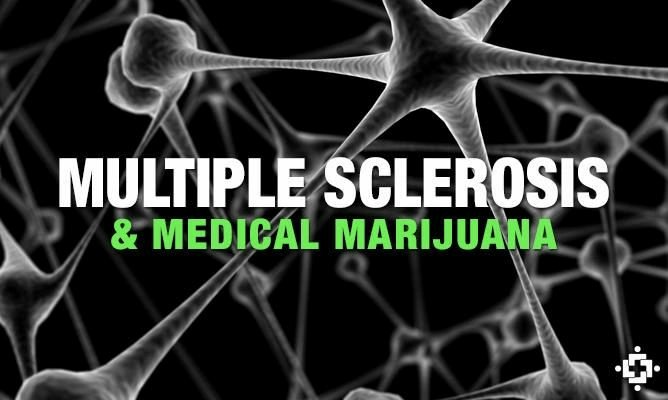 Multiple Sclerosis is a chronic neurodegenerative disease that primarily affects the body’s central nervous system; an area that encompasses the brain, spinal cord and optic nerves. To date, there have been at least 400,000 cases of MS reported in the United States alone, with a further 10,000 diagnoses being added every year.

Multiple sclerosis occurs when the immune cells mistakenly begin attacking specific parts of the body that are responsible for maintaining health and functionality. These attacks are particularly focused on a fatty tissue known as myelin. Myelin protects sensitive nerve fibers in the brain and spinal cord from external damage; it also helps conduct electrical signals to and from the central nervous system. When this fatty outer layer is stripped away from the nerves, they become inflamed and form scar tissue across the exposed areas. Over time, this process can cause the nerves to fray and break which disrupts the flow of electrical signals to and from the central nervous system.

To date, no clear cause for MS has been established although medical researchers have put forth multiple theories. With some claiming that MS is a result of viral infections such as Epstein-Barr or certain strains of Herpes, while others claim that it may be caused by long-term Vitamin D deficiencies.

WHAT ARE THE SYMPTOMS OF MS?
MS symptoms are generally difficult to predict. Although a small number of patients experience isolated symptoms lasting for 24 hours, the vast majority of MS-afflicted individuals suffer from ongoing attacks that manifest without warning with varying effects. In many cases, these symptoms can progressively worsen over time, with brief periods of remission in between.

Although some individuals are only mildly affected by MS, others experience debilitating symptoms from an early stage. These symptoms can include:

· A feeling of numbness or tingling in the extremities.

· Lack of coordination or limited mobility.

· Diminished recall, and other cognitive issues.

MULTIPLE SCLEROSIS TREATMENTS
There is currently no cure of MS. Mainstream medicine is largely focused on helping patients recover from attacks, managing MS symptoms, and slowing the overall progression of the disease. Usually this involves a cocktail of drugs that can include everything from steroids, opioids, and antidepressants to injectable beta interferons, and digestive aids. As you might imagine, these medications bring a host of potential side effects alongside, with complications ranging from liver problems to frequent headaches, diarrhea, fatigue, fever, and possible addiction.

CAN MEDICAL MARIJUANA TREAT MS?
As of March 2018, multiple sclerosis is a qualifying condition for medical marijuana certification in 18 States including New York. Many patients see medical marijuana as an alternative treatment that can help to provide relief from some of the more debilitating effects of MS, such as persistent pain, gastrointestinal concerns, poor sleep quality and regular muscle spasms.

Studies on the use of cannabis and multiple sclerosis (MS) symptoms show us that medical marijuana can be an effective treatment, in some scenarios. A 2012 University of Plymouth study found that orally administered cannabis extracts were clearly effective in treating muscle pains and spasms resulting from MS. The extract produced around two times the relief of orally administered placebos over an 8-week period.

A similar study published in the European Journal of Neurology showed that cannabis-derived oral sprays (Nabiximols) produced significant improvements in spasticity amongst a group of MS patients who had been identified as likely to respond to the therapy.

In February of 2017, a 2-year long Israeli study found that cannabis-infused oils brought about a significant reduction in chronic pain amongst elderly patients with a variety of chronic conditions including: MS, cancer, and Parkinson’s disease. More than 93.7{4987cbd0f1f2865cb2bafb126986dce6dd2988a0c43aa47e1f31c6089a1ab5da} of patients in the study reported a significant reduction in pain levels, with a further 60{4987cbd0f1f2865cb2bafb126986dce6dd2988a0c43aa47e1f31c6089a1ab5da} indicating a clear improvement in their quality of life. Researchers also reported a reduction in the number of falls suffered over a 6-month period.

Current American Academy of Neurology guidelines state that oral cannabis extracts (capsules) are probably effective for reducing patient-reported MS symptoms such as spasticity and pain. Meanwhile, cannabis sprays are considered to be largely effective in improving patient-reported symptoms of spasticity, pain and constant urination. In both instances, the AAN recommends further research to gauge the effectiveness and possible side effects of medical marijuana.

If you would like more information on the certification process, do not hesitate to call Medical Marijuana Recs NY! We will give you our expert guidance and certify you on the same day in most instances. Click to make an appointment now.