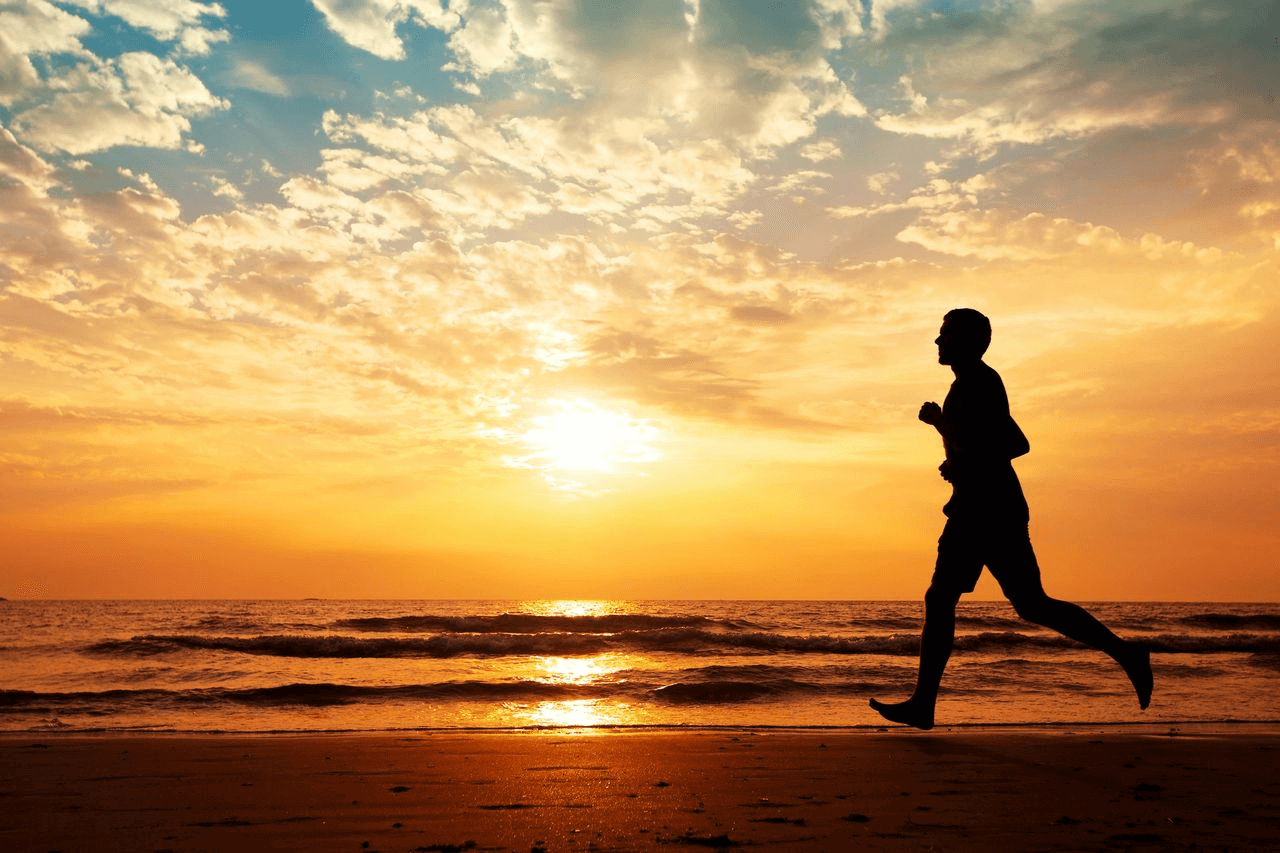 According to the most recently reported figures, there are almost 2 million medical marijuana patients across the country. Currently, the drug has been legalized to some extent in 29 out of 50 States, and public perceptions indicate that further regulatory concessions are just around the corner. But despite this widespread approval, our actual understanding of how marijuana works upon and affects the human body remains limited. Indeed, most States can’t even agree on the qualifying conditions for medical marijuana certification. While States like Alabama restrict treatment to individuals experiencing epileptic disorders, other regions like Connecticut extend licenses to a range of ailments including: Parkinson’s, Crohn’s and Cerebral Palsy.

MEDICAL MARIJUANA RESEARCH IS BEING BLOCKED
The relative paucity of scientific knowledge about medical marijuana is largely down to the strict federal restrictions surrounding the drug. The government still classifies cannabis as a Schedule 1 drug, which puts it in the same category as substances like heroin and ecstasy. Under this classification, marijuana is identified as a drug that has the potential for abuse with little medical benefit to offset that risk. Anyone who has been paying attention to mainstream medical opinion over the past couple of years will know that this description is entirely without merit.

The biggest side effect of the Schedule 1 rating is that researchers find it extremely difficult to get federal approval for their work. This in turn limits their access to funding and legal sources of marijuana. Of the estimated $1.4 billion spent on marijuana research between 2008 and 2014, only a paltry $48 million was dedicated towards the drug’s potential medicinal benefits. While a staggering $1.1 billion was expended on studying its potential for creating unhealthy dependencies. That’s substantially more than the government spends on similar research for substances like: crystal meth, prescription opiates, ketamine, amphetamine and benzodiazepines. The first two of those substances in particular, are responsible for epidemic-levels of abuse and addiction throughout the country. This disparity in expenditure is particularly confusing when you consider the fact that 76{11bb4006b361d00973a331e138a41906dfdc3fcf50ec4b254a2453dc301e5d10} of healthcare professionals approve of medical marijuana use.

In the absence of accessible public funding, universities and larger companies are being forced to self-fund their research, and even with this limited amount of evidence. Study after study has shown that medical marijuana offers a variety of medicinal benefits which can be clarified and optimized through further clinical research; claims that are backed up by the American Medical Association (AMA) and the American College of Physicians (ACP). But for their part the National Institute of Drug Administration has seemingly washed its hands of all culpability in the matter, with one high-ranking representative stating:

Meanwhile the same administration has previously approved $91 million for research into ketamine use for the treatment of depression, and a further $120 million for clinical trials of certain amphetamines for treatment of attention disorders. One of the most commonly cited concerns for marijuana research, expressed by regulating bodies such as the DEA is that there is a lack of safety protocols for marijuana use even under medical supervision. Ironically, these standards can never be established unless the rules around medical marijuana research are relaxed.

WHAT CURRENT EVIDENCE SAYS ABOUT MEDICAL MARIJUANA SIDE EFFECTS
You won’t be surprised to hear that current research into medical marijuana side effects is inconclusive and contradictory to say the least. While research on marijuana’s effects on developing animal brains has shown that the drug can affect cognitive development in infant and adolescent rats, these findings have not been replicated in human studies; though most experts still posit that medical marijuana use should be strictly controlled for children.

In the 1980’s a team of scientists studied the effects of marijuana use during pregnancy, on children. After 5 years of research the findings showed no significant differences in IQ or behavior for these children versus the test group. Meanwhile another systematic review published in the Journal for American Obstetrics & Gynecology found that on its own marijuana use cannot be substantially linked to any risks of pregnancy complications.

Meanwhile studies into the side effects of cannabis use in adults are even more limited. A 2011 medical review entitled Adverse Health Effects of Marijuana Use; states that regular marijuana usage may increase your risk of developing respiratory illnesses like chronic bronchitis, and that it may worsen the impact of mental illnesses such as schizophrenia or impair memory in the short-term. Despite these indications, in Australia, a country with some the widest-reported marijuana usage in the world, cannabis is associated with only 10{11bb4006b361d00973a331e138a41906dfdc3fcf50ec4b254a2453dc301e5d10} of the total disease burden of all other illicit drugs including alcohol.

One of the biggest problems that researchers face when examining the effects of medical marijuana usage in particular, is that marijuana consists of several different active compounds each of which produces its own effect.

Of these compounds, Delta-9-tetrahydrocannabinol or THC is the most widely studied. THC is generally the part of the plant which is considered to produce the most psychoactive reactions in patients. When this chemical is released it triggers the release of dopamine in the pleasure centers of the brain which in turn creates feelings of euphoria. It also interferes with certain functions of the hippocampus, which is responsible for creating memories. THC has also been shown to impair fine motor skills, and in specific cases it may induce anxiety, paranoia and hallucinations.

Meanwhile, medical practitioners actually consider the most promising part of the marijuana plant to be cannabidiol (CBD). Unlike THC, CBD is a non-psychoactive substance that does not produce a euphoric high. Most studies which show promising results in medical marijuana treatment for PTSD, chronic pain, arthritis and other ailments use high-CBD, low-THC extracts of the drug. Unfortunately, the actual research into CBD is frustratingly scarce which just shows how much work still needs to be done.

COMMON MEDICAL MARIJUANA SIDE EFFECTS
In 2016, Israeli researchers led by Dr. Pesach Shvartzman a leading expert in pain management and palliative medicine conducted a comprehensive survey into side effects and after effects of medical marijuana use. The study was funded by the National Institue for Health Policy Research, and covered around 2000 patients over the course of 2 years. Based on the study’s findings, the most commonly cited side effects for medical marijuana usage were:

Side Effects are not Guaranteed

As with any side effects, these indications are by no means universal. Your sensitivity to different medical marijuana treatments will depend upon:

A Few Things to Watch Out For

Certain drugs are known to interact particularly poorly with marijuana. Taken with illicit drugs like cocaine or amphetamines, cannabis use can lead to high blood pressure, palpitations and in extreme cases cardiovascular damage. Taken alongside relaxants like barbiturates, opioids, or even antihistamines; marijuana can intensify the impact of these drugs causing extreme drowsiness in the process. Taken with alcohol, marijuana can severely impair both cognitive and physical functions involving coordination, recall, concentration and reflexes.

You are well-advised to refrain from driving or operating heavy machinery if you are under the influence of these substances.

Also referred to as xerostomia in the medical community, this side effect occurs as a result of a substance known as anandamide found in marijuana. This substance binds to cannabinoid receptors in the salivary glands of the jaw, limiting the production of saliva. In this situation cold drinks such as alcohol and juice or even warm teas will generally worsen the symptoms due the presence of tannin in these liquids. Tannin is a well-known drying agent.

Instead, sipping water regularly throughout the treatment will keep your mouth well-lubricated. Alternatively, you could try chewing sugary gum or candy, which also helps increase saliva production.

Marijuana works on a couple of different areas of the brain to stimulate appetite. A study of the effects of cannabis use in mice showed that doses of the drug increased the mice’s sensitivity to different smells. Later research has confirmed that marijuana affects the olfactory bulbs (taste and smell organs), which in turn makes you more likely to crave food. At the same time, marijuana also affects the brain’s hypothalamus gland, which is responsible for the production of ghrelin a hormone that triggers hunger. Combine these two factors and you have a recipe for hunger.

While some patients explicitly turn to marijuana in order to stimulate appetite, others can avoid unwanted weight gain by scheduling their meals to precede their marijuana usage. You can also trick your brain into believing hunger has been satisfied by brushing your teeth or chewing gum.

Bloodshot eyes are a telltale symptom of marijuana usage. This is largely due to the effects of THC in your body. THC generally leads to a drop in blood pressure, which causes your body to compensate by dilating the blood vessels to increase blood flow. As a result, your eyes take on that characteristic redness.

Red eyes are a temporary side effect caused by physiological factors so they may be difficult to negate entirely. But if you need to make a quick change to your appearance then you can try eye drops that are specifically used for reducing eye redness. Alternatively, you could try changing your treatment to a less THC-intensive strain of medical marijuana.

Cannabis is a commonly prescribed sleep aid so it’s no surprise that this drug can cause a certain amount of fatigue. Once again, this effect can be ascribed to the presence of THC and another substance known as myrcene. After the initial effects of cannabis wear off these compounds begin to interact with receptors in your body that govern the sleep/wake cycle. As these receptors are triggered, a feeling of drowsiness is induced. Some experts believe that myrcene causes additional muscle relaxant effects during this process.

To avoid fatigue opt for a high-CBD, low-THC dose of medical marijuana instead. You could also opt to take smaller dosages across a longer time period to minimize the effects of THC on the body.

While research has shown the medical marijuana can be effective for treating anxiety disorder such as PTSD, it can also cause increased anxiety for certain patients. New medical marijuana users are generally recommended to start with small doses so that they can ascertain the exact effects of marijuana on their mental state. If you are using a high-THC strain of cannabis then we recommend doing so under controlled, stress-free circumstances. Alternatively, you could opt for a high-CBD, low-THC strain instead.

In New York only smokeless forms of medical marijuana are allowed for legal recommendation. Respiratory side effects are generally associated with smokable forms of the drug- less so with vaping. Consistent smoke inhalation of any type is linked to damage of the large airways which can in turn lead to issues such as: coughing, increased phlegm and wheezing. To guard against these concerns you should rely solely on legally prescribed tinctures, oils, edibles and raw forms of cannabis.