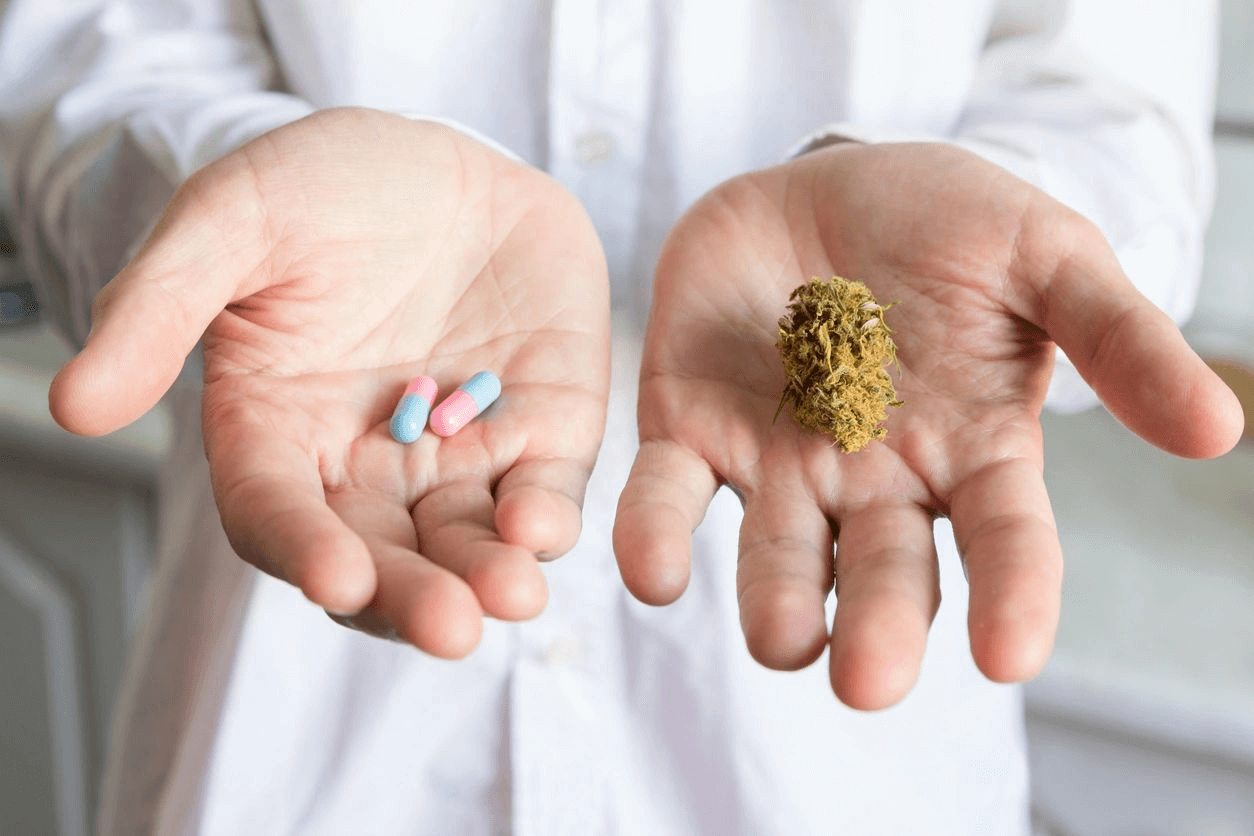 The cannabis plant is made up of over 113 different chemical compounds (cannabinoids). Amongst this wide range of substances, two in particular have been studied extensively by medical researchers due to their unique active properties; THC and CBD. Both of these substances are known as phytocannabinoids, and they affect our body primarily through the CB1 and CB2 receptors that are present in the endocannibanoid system. This system helps us to regulate a range of key biological functions including: pain, hunger, sleep, inflammatory responses, mood, and memory.

While THC and CBD share the same chemical composition they produce fundamentally different reactions in the central nervous system. Here is a brief summary of what each cannabinoid can do.

UNDERSTANDING CBD
CBD was discovered by preeminent marijuana researcher Raphael Mechoulam in 1940, and it accounts for up to 40{4987cbd0f1f2865cb2bafb126986dce6dd2988a0c43aa47e1f31c6089a1ab5da} of any cannabis extract. CBD is a non-psychotropic substance, which means that it does not illicit any of “high” sensations that other cannabis compounds such as THC are known to produce. Unlike these cannabinoids, CBD does not bind to CB1 or CB2 receptors; instead, it acts as an indirect modulator for the endocannibanoid system. CBD encourages the production of endocannabinoids in the human body, as it inhibits enzymes that are known to break these chemicals down.

While CBD may not produce a high, it does offer many potential therapeutic benefits. Over the years, various studies have shown that CBD extracts can be an effective treatment option for a range of issues including: epilepsy, schizophrenia-related psychosis, pain management, and anxiety disorders such as PTSD. Despite these clear medicinal effects, CBD (like THC) is still classified as a Schedule 1 substance under the DEA. This defines CBD as a “drug with no currently accepted medical use and a high potential for abuse.” Nevertheless, a CBD-based epilepsy treatment known as Epidolex has recently been backed for nationwide release by the FDA.

UNDERSTANDING THC
As the primary psychotropic compound in the marijuana plant, THC has been researched far more thoroughly than CBD over the years. The compound was first isolated by Mechoulam in 1964. THC closely resembles the natural endocannabinoids produced in the ECS, so they can actually bind with CB1 and CB2 receptors across the body. Once activated, these receptors can trigger off a range of cognitive effects. Initially, the body will release a pleasure hormone known as dopamine which produces a feeling of euphoria and relaxation. Additional sensations can range from: happiness, hunger and fatigue to anxiety, paranoia, and in some cases hallucinations.

Although THC clearly has a more pronounced cognitive impact on the human body, it also shows great promise in a range of medical applications.

· A 2014 study of THC in rodents showed that the substance helped to suppress inflammation in dysfunctional autoimmune systems. Further research shows that these anti-inflammatory properties may be effective in treating Alzheimer’s-related brain inflammation as well.

· THC has also been shown to reduce sensations of nausea and vomiting, while helping to promote digestion in the gastrointestinal tract which in turn increases appetite. In fact, the compound is so effective that the FDA even approved a synthetic form of THC-extract known as Dronabinol.

· Reduces spasticity which occurs as a result of spinal damage.

· Improves muscular function and bladder control in patients with MS.

THEY WORK BEST IN CONJUNCTION
While the non-psychotropic nature of CBD may make it a safer choice for medical applications, the benefits of THC cannot be denied. In many cases, CBD can even regulate the psychosis that results from THC usage. While pharmaceutical manufacturers might find it easier to isolate these substances and reproduce them en masse, in practice the most beneficial treatments may contain an effective balance of THC, CBD and other compounds.

At MMR-NY we’re set up to help qualifying patients gain access to medical marijuana in New York via telemedicine. Our registered practitioners can perform a comprehensive assessment and set you on the path to gaining your medical marijuana certificate in just one remote appointment. Contact us today, to find out more.