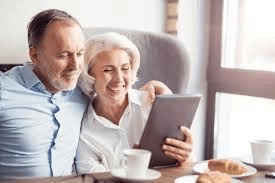 A 2013 survey from the National Survey on Drug Use and Health revealed that marijuana use amongst people 65 years and older had increased 25{4987cbd0f1f2865cb2bafb126986dce6dd2988a0c43aa47e1f31c6089a1ab5da} since 2006. While the study did not differentiate between medical and recreational medical marijuana users, later research has shown that around half of all adults use marijuana specifically for medicinal purposes. Statistics like these reflect just how much the public discourse about medical marijuana has changed over the past decade.

On its own this figure doesn’t come as a surprise, after all more than 50{4987cbd0f1f2865cb2bafb126986dce6dd2988a0c43aa47e1f31c6089a1ab5da} of elderly individuals suffer from some form of chronic pain, whether it’s fibromyalgia, arthritis or joint pain. Studies show that CBD oils can effectively reduce pain and inflammation without the associated build-up of tolerance which is often the most dangerous component of opioid addictions.

Apart from pain management, medical marijuana has also shown that it can have some degree of impact as a complementary treatment for various other conditions that often pop up in old age including: Alzheimer’s, Parkinson’s, and even certain strains of Cancer. Although research in all these areas is still in a preliminary stage, it’s undeniable that cannabis is largely undeserving of its status as a Schedule 1 drug. Especially when you consider the fact that 29 States (including New York have now legalized medical marijuana as a treatment for a range of qualifying conditions such as MS, neuropathy and several types of chronic pain.

SOME STIGMA REMAINS
Nevertheless, there is still a fair share of stigma surrounding medical cannabis use. A 2016 study revealed that general perceptions of marijuana users coupled with uncertainty about the legal status and medical legitimacy of marijuana may contribute to the under treatment of many patients who might otherwise benefit from the drug. Indeed, many individuals refused to seek out medical marijuana certifications until all other options had been exhausted.

At this point it’s important to note that the majority of medical practitioners actually support the use of medical marijuana, while 94{4987cbd0f1f2865cb2bafb126986dce6dd2988a0c43aa47e1f31c6089a1ab5da} of American adults support the legal use of cannabis for medical purposes. So it’s clear that much of the consternation amongst senior citizens about the usage of the drug is unfounded. Furthermore, elderly patients do not have to actually smoke the substance or induce a high in order to gain relief through medical marijuana. A range of non-psychotropic medications cannabinoid treatments now exist in the form of topical gels, oils, tinctures and capsules that can provide comparative benefits without any of the associated concerns.

MEDICAL MARIJUANA CERTIFICATION IS EASIER THAN EVER
Of course, it can still be fairly difficult to talk to a primary healthcare provider about medical marijuana certification. Thankfully, chronically ill patients now have a far wider range of options when it comes to accessing legal medical marijuana. In New York, the Compassionate Care Act now allows qualifying patients to seek certification through telemedicine. This simple process involves an online assessment with a trained and certified medical practitioner than can then approve you for certification with minimal hassle.

At Medical Marijuana Recs NY, we’re set up to provide these specialized consultations to senior citizens throughout the New York State. If you suffer from any chronic or debilitating illness and you feel that medical marijuana could provide you the relief you need. Please do not hesitate to get in contact with us. Lauraine Kanders, NP and her experienced staff can help guide you through the steps to certification.