Can I treat my pain with medical marijuana? 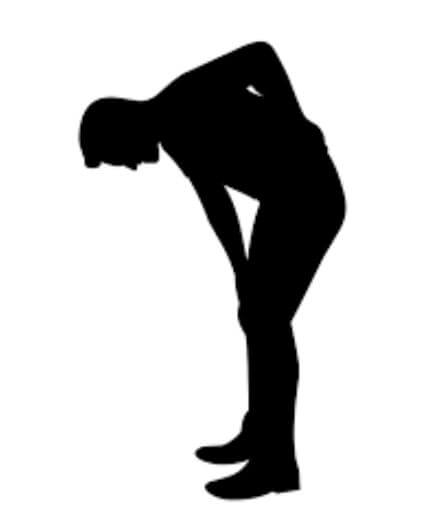 Nearly 100 million Americans suffer from chronic or severe pain daily. The usual route is a prescriptive potent painkillers like opioids and even some nonprescription palliatives. However, these come with severe side effects and patients and practitioners are now seeking an alternative in cannabis  (the plant species name often used interchangeably with marijuana).

The question being asked by patients around the country is “Can I treat my pain with medical marijuana?”

The Medical, Legal and Social View On Marijuana is Changing

As you may be aware, there was a stigma surrounding marijuana use in medical, legal and social circles. Slowly but surely that stigma is losing its grip in the U.S. Since the 1990s, advocates have pushed to re-evaluate cannabis as a viable treatment for a host of ailments, including chronic pain.

What Does The Research Indicate?

The University of Michigan, published a new research in the February issue of Health Affairs, that analyzes the state medical marijuana registry data for keen insight into its use.

According to this research, there was conclusive or substantial evidence that chronic pain, nausea and vomiting due to chemotherapy, and multiple sclerosis (MS) spasticity symptoms were improved as a result of cannabis treatment.

The above research shows that legitimate evidence-based use of cannabis is at direct odds with its current Schedule 1 drug status. This becomes more relevant and significant as today millions of Americans are looking for safer pain management alternatives in light of the current opioid epidemic.

The evidence on marijuana and pain is strongest for helping nerve pain (neuropathy) and cancer-related pain. Certain oral cannabinoids have also been shown to improve muscle spasms in patients with multiple sclerosis.

Research and social trends suggest that marijuana could take the place of opioids. Two recent studies found that states with medical marijuana laws or legalized recreational use have a marked decline in opioid prescriptions.

In another study, researchers surveyed about 3,000 medical marijuana patients, including about a third who said they had used opioid pain medicines in the past 6 months. Most affirmed that the marijuana dosages prescribed to them provided relief equal to their other medications, but without the side effects. In fact, 97{4987cbd0f1f2865cb2bafb126986dce6dd2988a0c43aa47e1f31c6089a1ab5da} of respondents were able to lower the amount of opioids they took if they also took marijuana while 81{4987cbd0f1f2865cb2bafb126986dce6dd2988a0c43aa47e1f31c6089a1ab5da} said that they could stop taking opioids and that marijuana alone was a sufficient pain killer for them.

Marijuana helps relieve pain because the body has cannabinoid receptors, or places where the chemical attaches to cells.  However, chemically speaking, cannabis is really complicated.

The chemical complexity of cannabis itself has made it difficult for researchers to untangle its effects on pain. At the same time, clinicians and patients find it difficult to find the most effective cannabis species and optimal route of administration.

Cannabis is the genus name for a number of plant species. The two most widely recognized ones are Cannabis Sativa and Cannabis Indica, though hybrid species are also not uncommon. The two most common active chemicals in all these plant extracts is THC and CBD.

Tetrahydrocannabinol (THC) causes most of the risks associated with cannabis, including intoxication, impairment and addiction. Cannabidiol (CBD) is non-intoxicating and has anti-inflammatory and pain-relieving effects from its use. CBD is the ingredient needed by patients suffering from chronic pain. Studies suggest efficacy of CBD for cancer-related pain, migraines, and fibromyalgia, and a myriad of pain conditions.

The form/route of administration also plays a key role in the pain reducing powers of cannabis. Medical cannabis comes in herbal (marijuana), tincture, oil, and edible forms. It can be vaporized, ingested in edible or other oral forms, taken sublingually (under the tongue), or applied topically (oil). Some studies suggest that non-oral forms of cannabis produce rapid effects, while oral forms take longer to work but may last longer.

Different species, various routes of administration, and correct doses – more research is needed to determine these for a variety of pain treatments.

As of spring 2019, 34 states have approved the medical use of cannabis, while 10 states have legalized marijuana for recreational use. Many states now require patient registry or identification cards for the purchase and use of marijuana for specific diagnosed medical conditions.

However, marijuana remains a Schedule 1 drug at the federal level, and is still classified under the “Controlled Substances Act”, defined as a drug with no currently accepted medical use and a high potential for abuse. However, federal recognition for marijuana is on the cards too.

Where does this leave chronic pain patients interested in trying medical cannabis for relief?

The key to using medical cannabis for pain is two-fold. For starters, a personalized approach is needed. Each person is different, and many adjustments may be needed to zero in on the dose that controls pain with minimal side effects.

Regardless of the strain or form of cannabis, the key is the amount of THC and CBD in the final product. If your condition merits the prescriptive use of marijuana, you can consult your practitioner for a card so any possession or consumption is deemed legal. Also, be sure to talk with your practitioner about the right dose and route of administration before taking any prescribed of dispensed medical cannabis product for pain relief or related symptoms. Note also that Medicare does not cover the product; check with your insurer for other program coverage.